Mexico/Cancun- Pilgrimage to Our Lady of Guadalupe 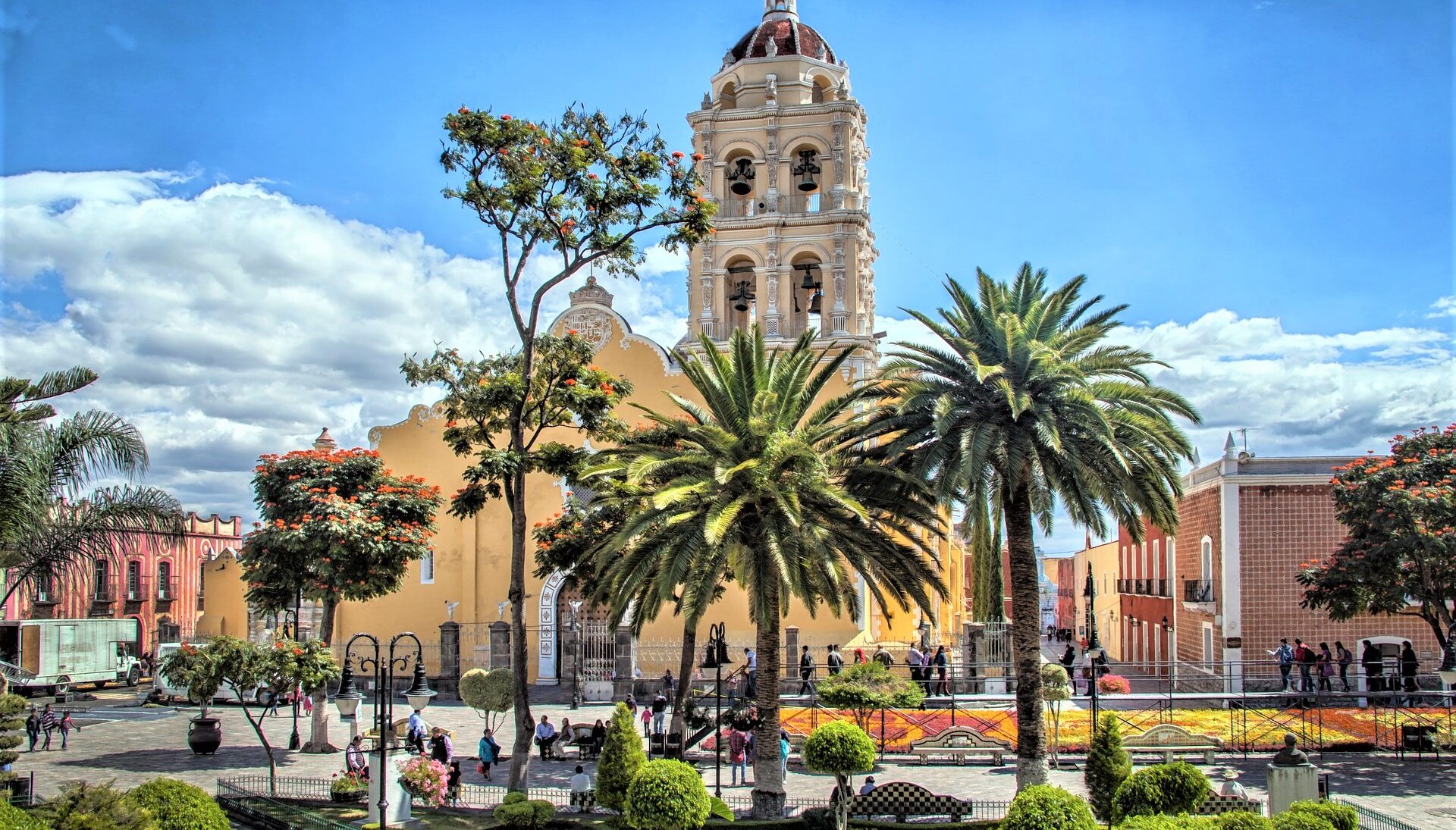 After breakfast the driver will take us to the Main Square of the city of Zocalo. During a walk along the promenade Madero, we will visit the largest Baroque Metropolitan Cathedral where the statue of Jesus Christ of Poison and the statue of John Paul II are located. Then we travel to the Aztec temple Templo Mayor. It is the place where the island was located, on which the city of Mexico was founded, and called Tenochtitlan by the Aztec people. From the scenic point, we will admire its ruins. We will also enter the National Palace, today’s administrative of president of Mexico. In one of its courtyards, there are the Murals of Diego Riviera, which present 300 years of Mexican history and ancient pre-Hispanic cultures. Next, we will head to the Square of Three Cultures, which is a symbolic place where a new Métis race arose because of a combination of Spanish and Indian races. At this place, John Diego gave a report to Bishop Zumarraga about appearance of the Apparitions of the Blessed Virgin Mary of Guadalupe. We will drive to Xochimilco, which is the Place of Flowers, here the waterways of the former Aztecs are preserved, and today it is called the Mexican Venice. We will take gondola boat cruise for an hour, which include lunch, with the rhythms of music played by the groups of „Los mariachis” in the background. Hotel accommodation. 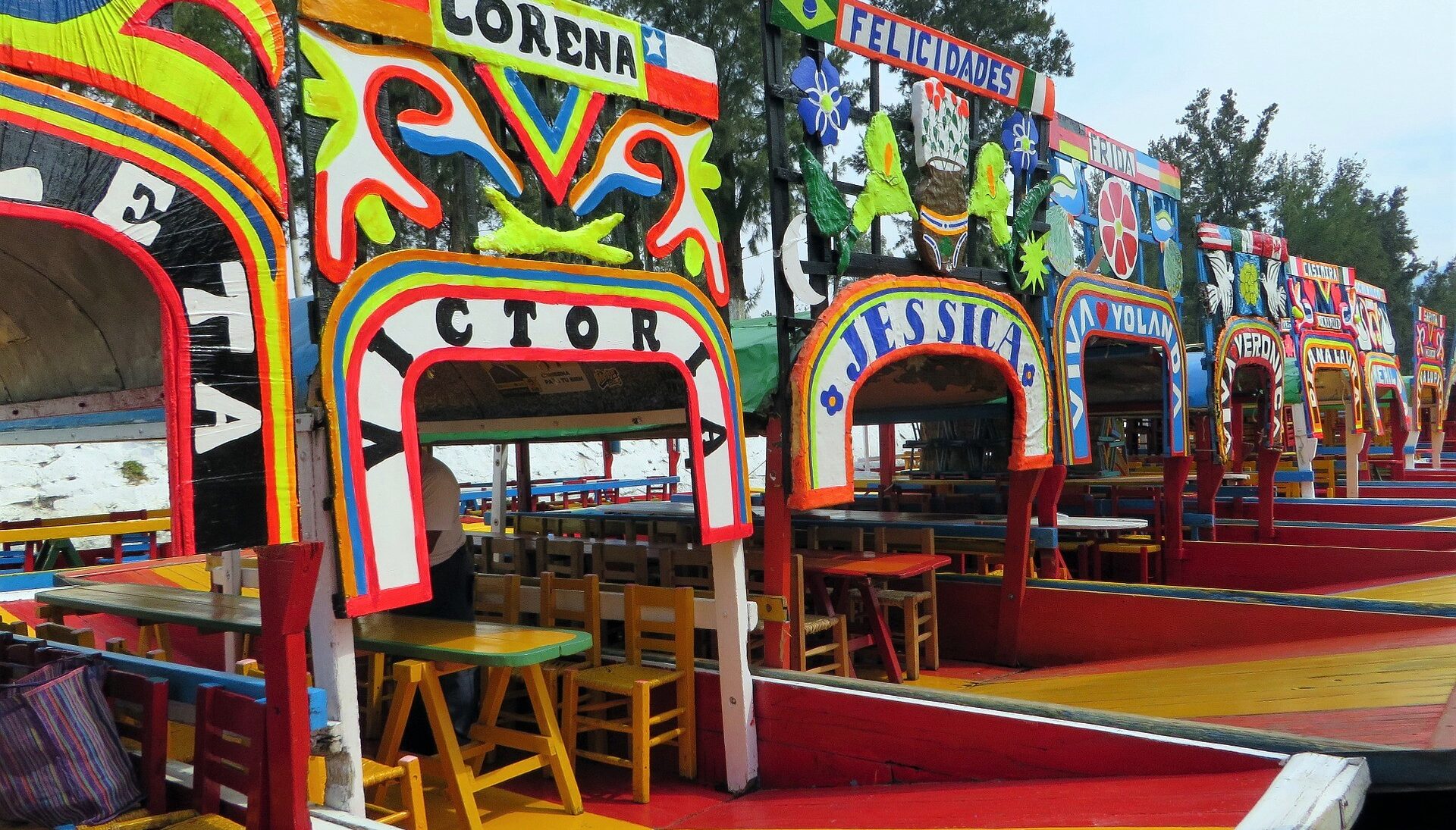 After breakfast, drive to Puebla, where we will see religious buildings in the Indian Baroque style. The remains of the largest pyramid in the world dominate the eastern part of the city. We will climb the pyramid in Cholula and visit the Church of the Blessed Virgin Mary of Good Counsel located there. From the top you have an unforgettable view of the entire area and a pair of Popocatapetl and Iztaccihuatl volcanoes, while at the foot there are 8 km long tunnels from where you can see the underground structures. On this day, we will also see the Cathedral and the Rosary Chapel in the Church of Santo Domingo – the most beautiful example of the Mexican Baroque. The beautiful and richly decorated church of St. Dominica is the biggest attraction of Puebla, which hides numerous treasures. Out of the many chapels, the Rosary Chapel is the one that attracts the most attention. Majestic, hailed as the eighth wonder of the world, it delights with its baroque splendor of gilded stucco. The interior, dazzling with golden glow, is breathtaking and the onyx pulpit and the number of decorations are second to none. It is the first chapel not only in Mexico, but also in America, to be dedicated to Our Lady of the Rosary. We will have a pleasant walk in the evening along the “Sweet Street”, tasting local sweets. Dinner and hotel accommodation. 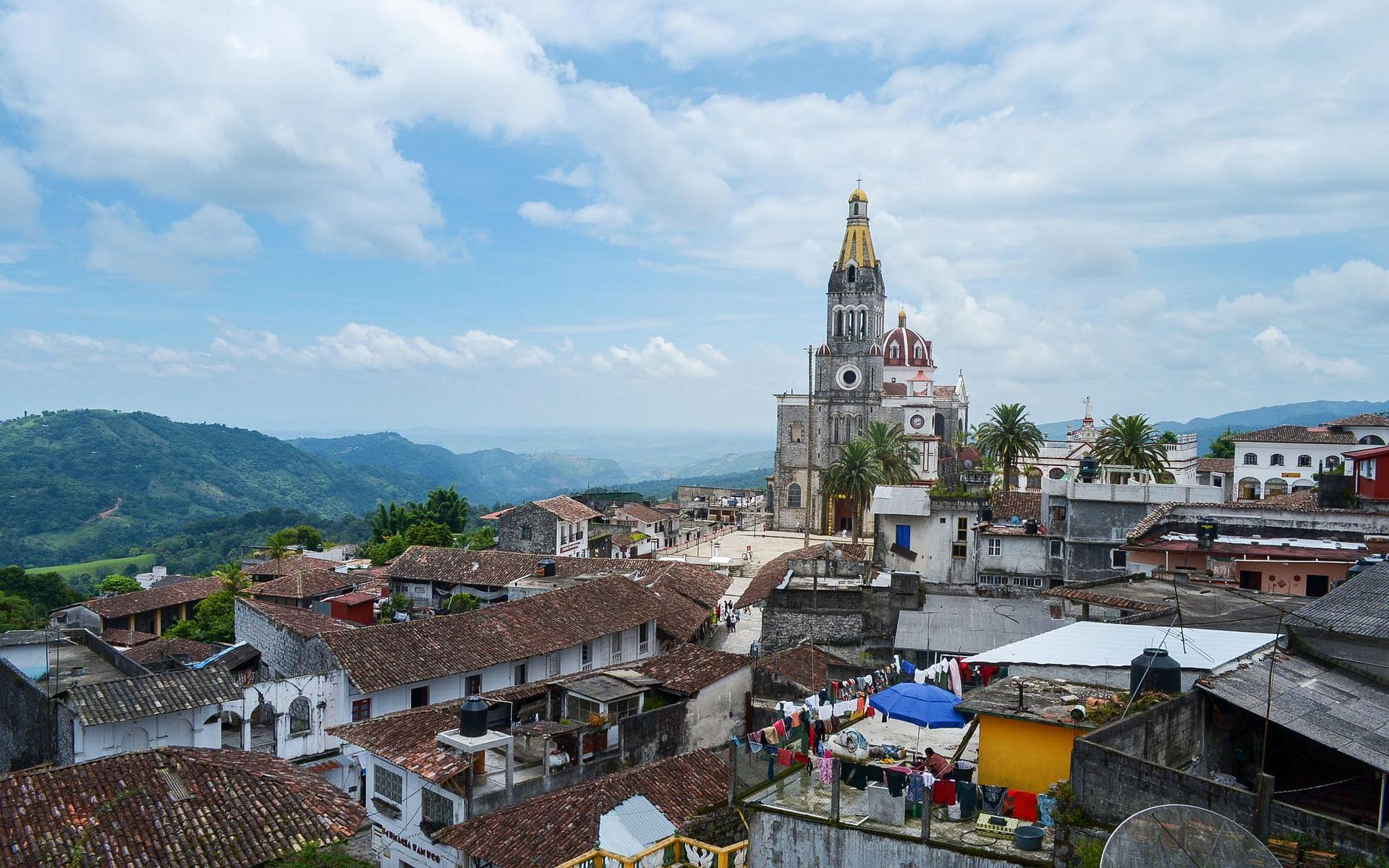 The next day brings new attractions. We depart for Taxco, the capital of silver, picturesquely situated on the Mexican hills. Stop in Cuernavaca on the way. During the walk around the “City of Eternal Spring” we will visit the 16th-century Cathedral and the former residence of Hernan Cortez. We will stop at a local craft workshop to observe the process of silver production and processing. We will see the products made here and taste the local drink “Berta”. High-class utility products and silver jewelry are the undoubted attractions of this region. Their variety and rich design can make you dizzy. Beautiful, original jewelry is not the only hallmark of the region. Low, colonial buildings delight with architecture, and white houses with red tiles and winding, cobbled streets resemble charming, Mediterranean towns. In the evening, check in at the hotel. Free time. 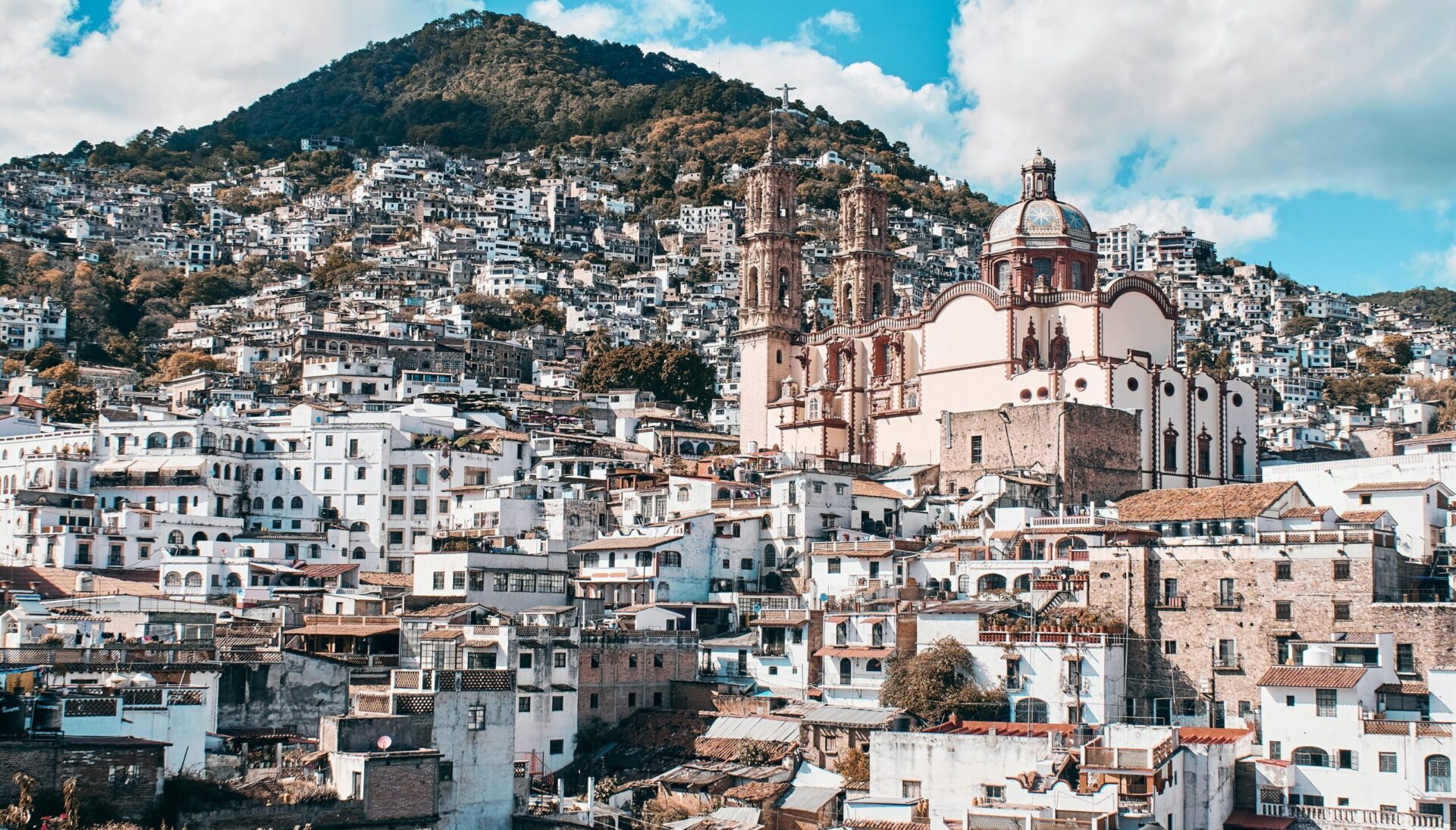 We continue our tour of Taxco. We set off in Volkswagen Beetle taxis, winding through the narrow streets to admire the architecture of the city. White houses with red roofs, entwined with lush vegetation make an extraordinary impression. We will end our visit in the main square and the Church of Santa Prisca. We will see pink walls of this historic colonial-era church tower that spreads over the entire Taxco area. The church founded in the mid-18th century by a mining magnate, has St. Prisca and St. Sebastian and was the tallest building in Mexico until 1806. It is definitely one of the most beautiful baroque churches in Latin America. Next, we will head to Acapulco. It was previously a quiet fishing village and now it  In the evening, check in at the hotel and free time. 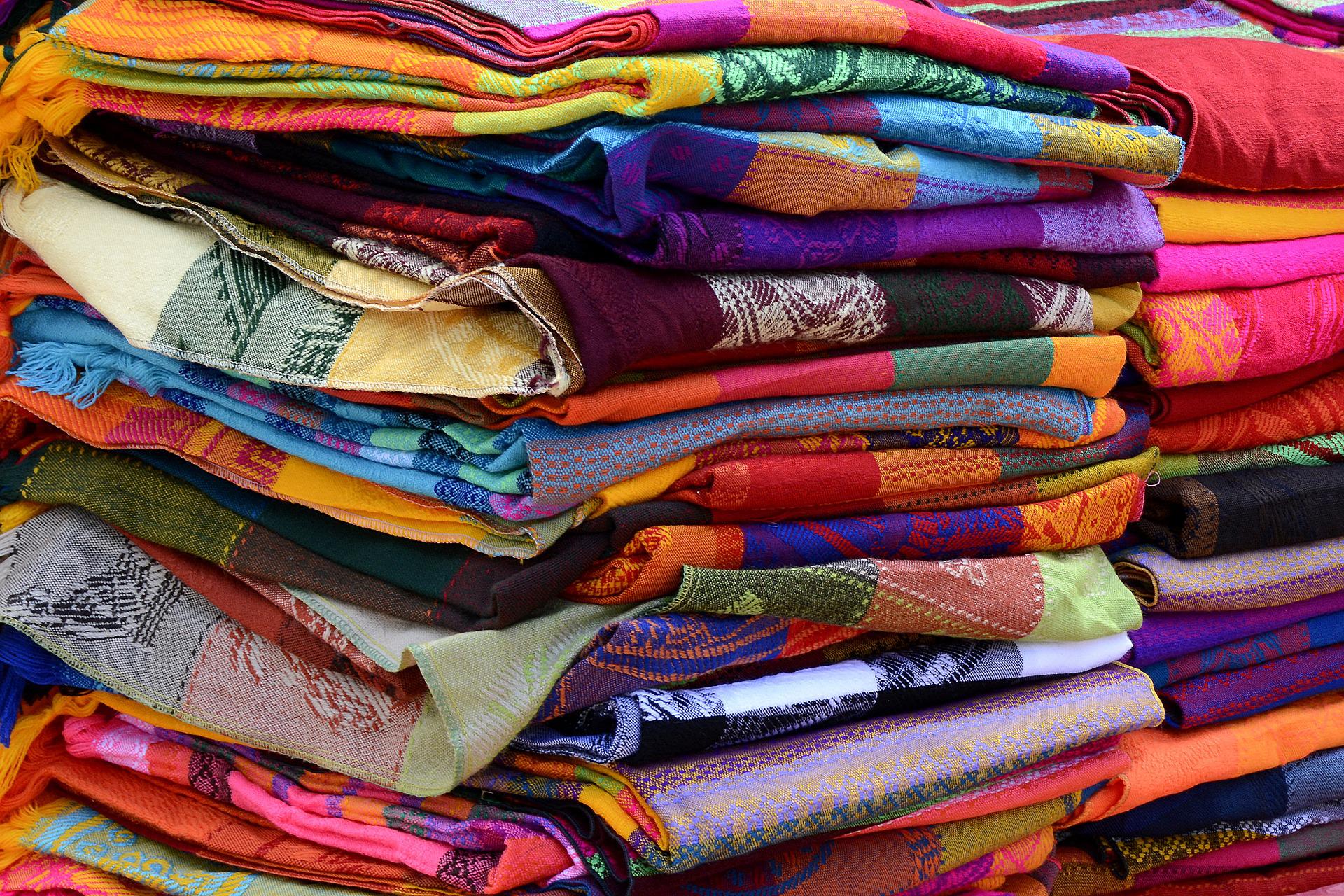 December 12 is the celebration of the Apparition of Our Lady of Guadalupe. Millions of pilgrims come these days from all over the world to greet the Lady – Queen of Mexico and the Empress of the Americas. It is the oldest Marian apparition officially recognized by the Catholic Church. Despite that almost 500 years has passed since then, the patronage of Our Lady of Guadalupe is still alive. In addition to its spiritual values, it is worth visiting this place because of its importance in the culture of Mexico. The Shrine of Our Lady of Guadalupe is the most important Marian shrine in Mexico and one of the most visited places of Christian worship in the world. On December 12, 1531, an Aztec Indian Juan Diego saw Mary, who instructed him to go to the bishop and ask him to build a church in her honor at the site of the apparition. Juan Diego was beatified by Pope John Paul II in 1990 and was declared a saint during his next visit to Mexico in 2002. After the celebrations, we will see the Old and the New Basilica and the Shrine on the Hill. Then free time for contemplation, buying souvenirs and devotional items. Return to the hotel for the night.

After breakfast, we will fly to Cancun.  Cancun is located on the Yucatan Peninsula, which separates the Gulf of Mexico from the Caribbean Sea.  It is known for its gorgeous beaches, resorts and night life.  We are going to spend three days here in an all-inclusive resort,  enjoying the sun, night life and delicious local cuisine.

Today we focus on rest and recreation.  If you wish, you may spend your day on the beach or at the pool of a luxurious resort with rich tourism infrastructure.  For decades, the Yucatan Peninsula has been one of the most frequently visited places in Mexico.  Each year it attracts more than four million tourists.  It is famous for its white sand beaches, coral reef coasts and ideal weather.  You can also use your leisure time to tour Punta Nizuc.  Punta Nizuc is the closest place to Cancun, where you can enjoy the dream beauty that encloses the underwater world of the Great Mayan Reef.  Green, tranquil Punta Nizuc attracts snorkelers and scuba divers on the hunt for a wide range of sealife. MUSA, the Underwater Museum of Art, has a branch here and offers snorkel and glass-bottomed boat tours of its exhibits. Home to manatees and turtles, the Nichupté Lagoon is popular for kayaking tours. Down-to-earth Mexican restaurants and shoreside grills serve steaks and seafood.

For those who prefer to visit with a group, a transfer to the city of Tulum. The gray ruins in combination with the turquoise waters of the Caribbean Sea make the historic treasure of the Maya stun not only history lovers. The so-called “El Castillo” dominates the complex. It was probably in the “castle” that the main religious ceremonies took place. After exploring the ancient city, we will go to one of the countless cenotes – natural wells located in limestone caves or grottos. For those willing, there is a possibility of a refreshing swim in crystal, fresh waters. In the afternoon, return to the hotel. Free time. 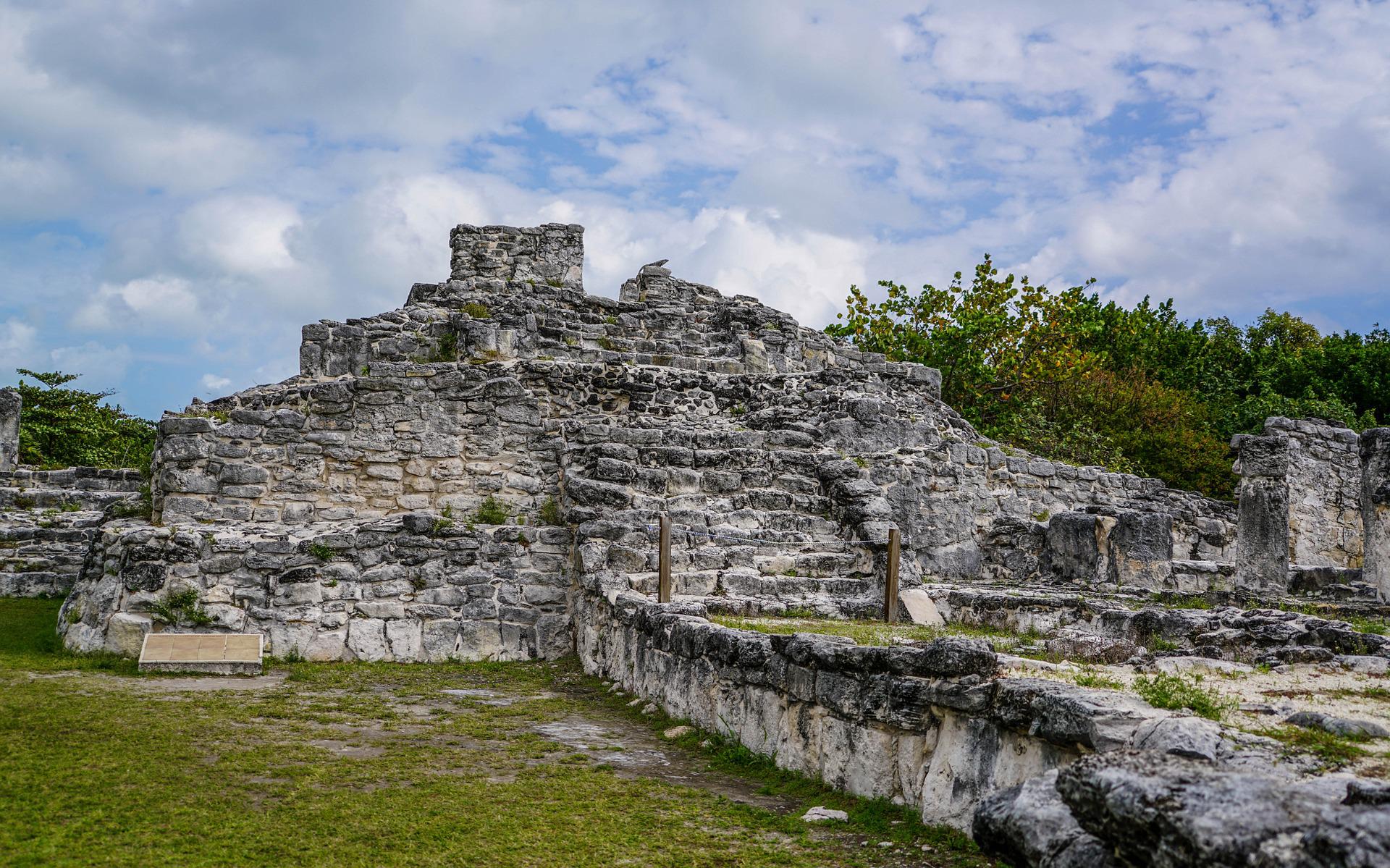 Another day of rest. Free time for sunbathing, swimming in the pool or the waters surrounding the white sands of Mexican beaches. For those of you who do not like to “lie in the sun” all day – optional day trip to Chichen Itza. Chechnya – because we know this place under this name in Poland, it is one of the most important archaeological zones in the whole of Mexico, what’s more, it is one of the SEVEN WORLD WORLDS, so we cannot miss it. We will set off around 7 am to reach the destination after 2.5 hours of driving. This pre-Columbian Mayan city, despite the fact that it has been deserted over the centuries, to this day reminds of the power of the population living in this place at the turn of the 10th and 11th centuries. Huge stone buildings, about 50 temples and structures delight and attract thousands of tourists from all over the world. The most valuable monument that we will see is the temple of Kukulkana. It is a typical pyramid, which, unlike Egyptian buildings, has a truncated top. 365 stairs, symbolizing the calendar year, lead to the top. We will also visit the Temple of the Warrior, Tzompantli, the El Caracol astronomical observatory, the largest field for ritual pelota in Central America and the so-called Holy Well – where human sacrifices were once made in honor of the god of rain. The Chichén Itza complex is also named from this point, meaning “at the mouth of the Itza well”. Return to the hotel. Free time. 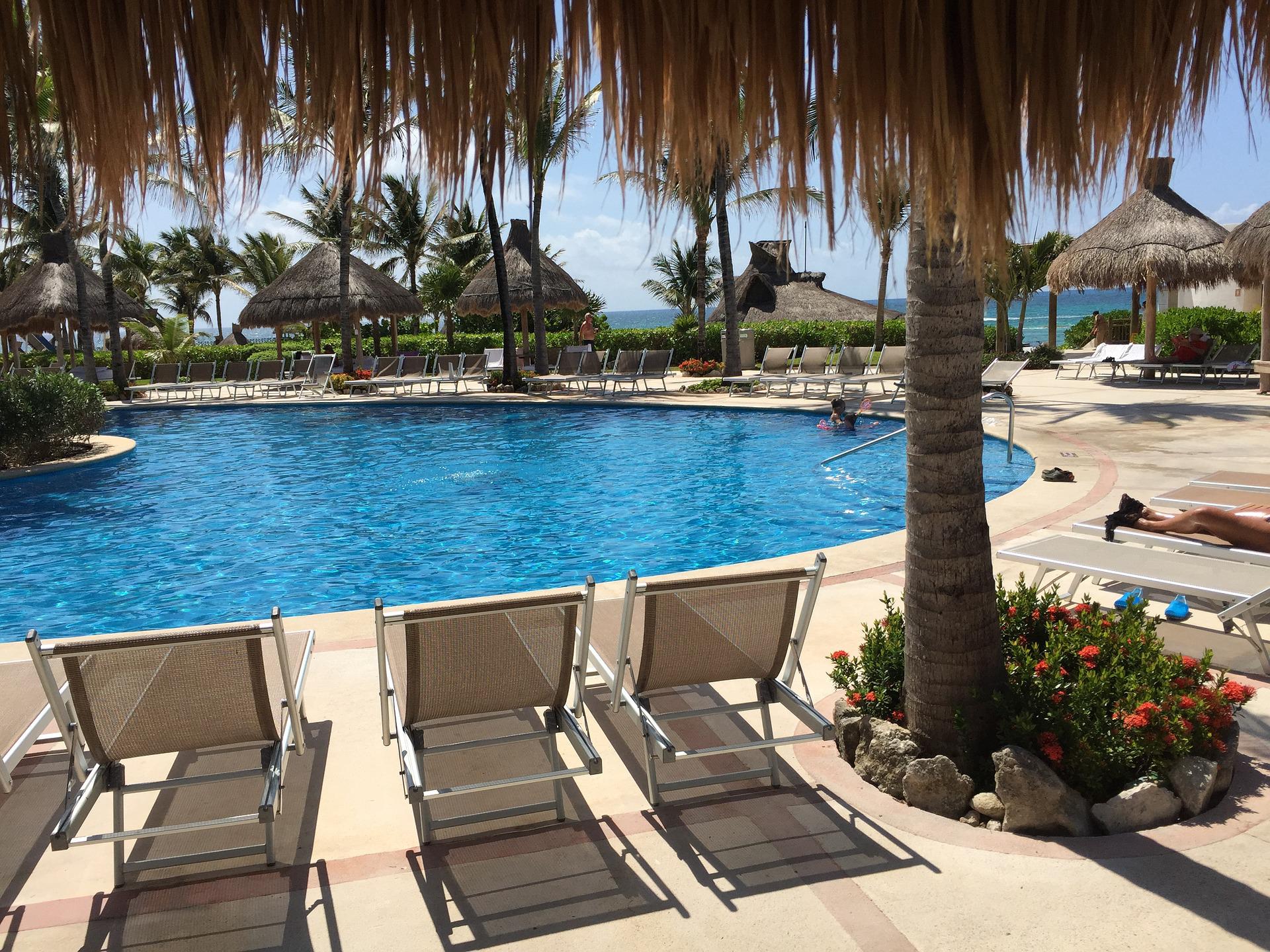 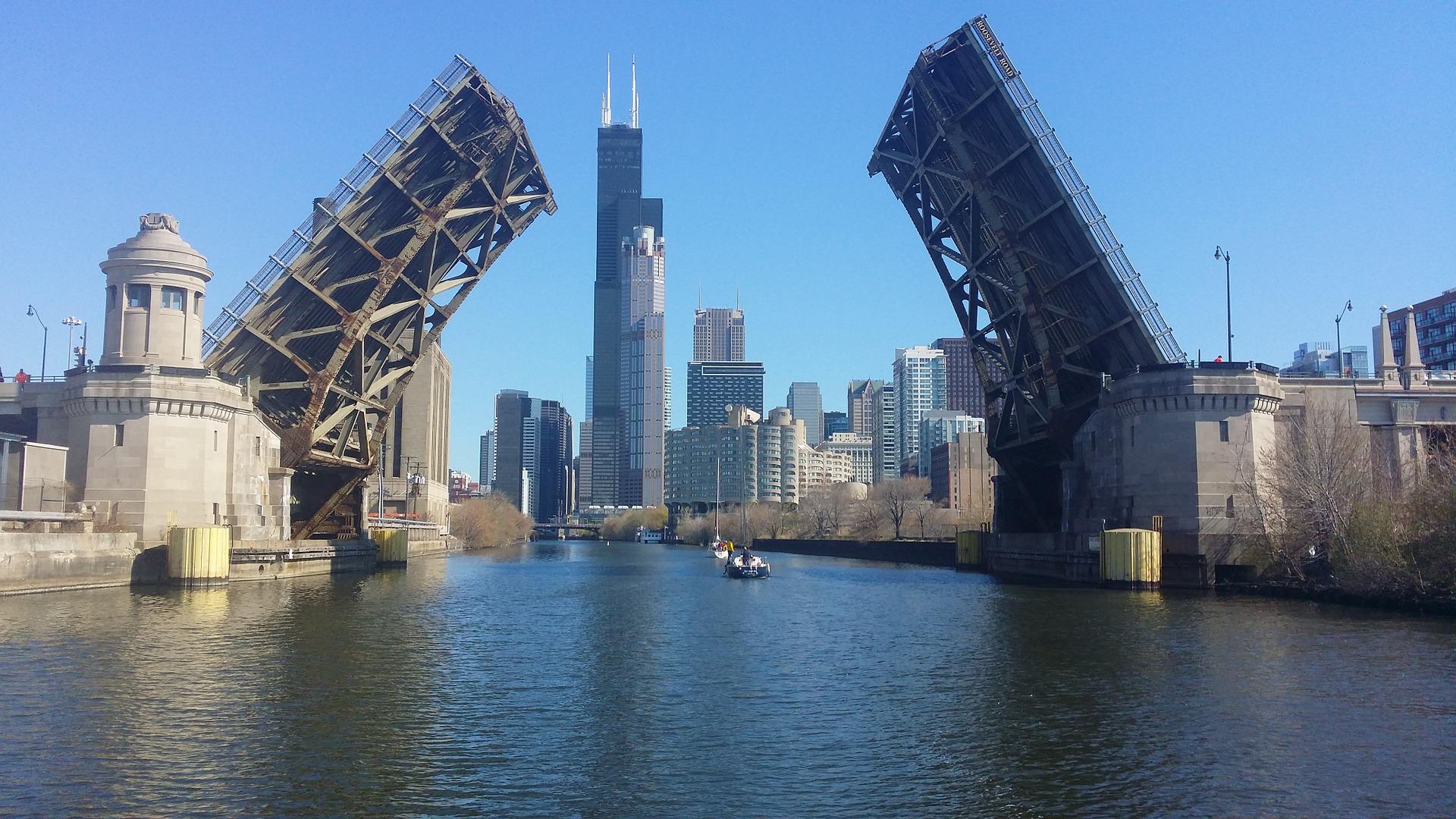 The program and the order of the particular items may change due to unexpected events. Holy Mass every day if possible, in chosen sanctuaries. The terms and conditions of taking part in the trip and cancellation available at www.rektravel.com 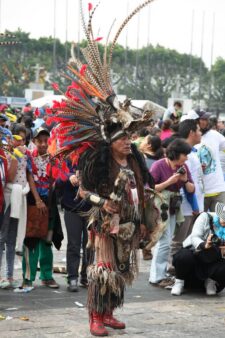 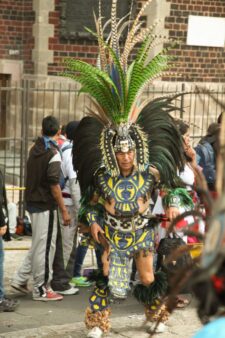 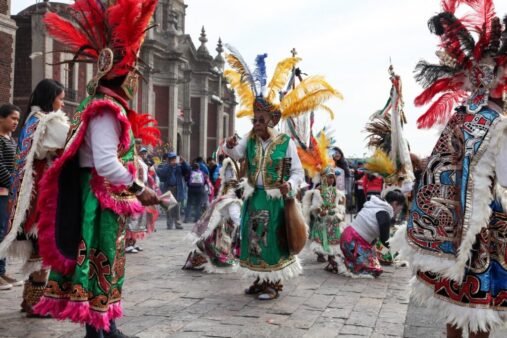 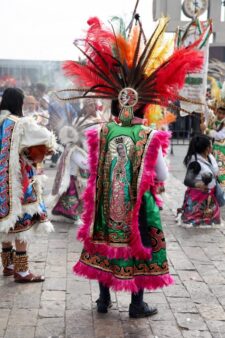 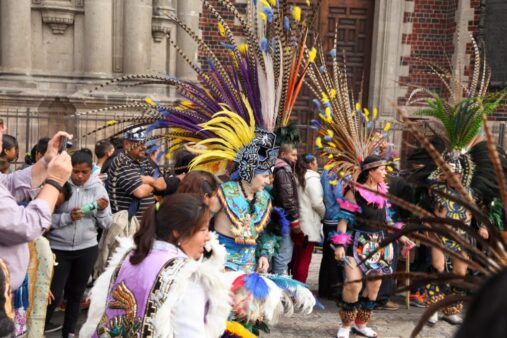 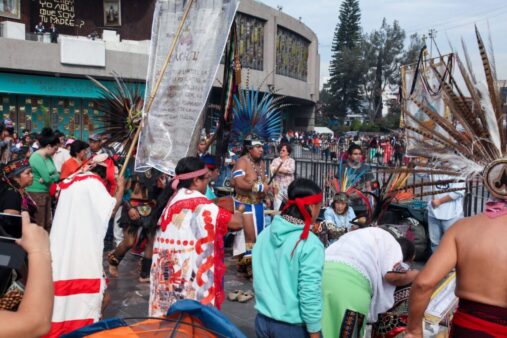 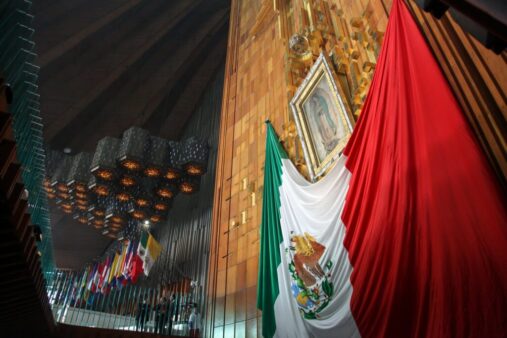 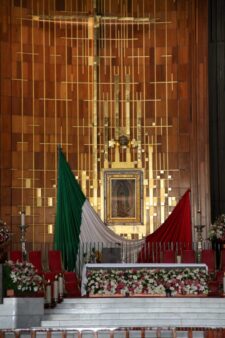 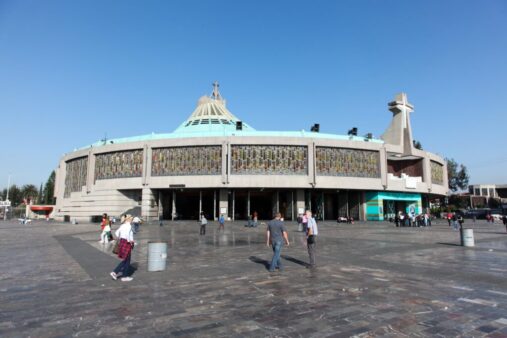 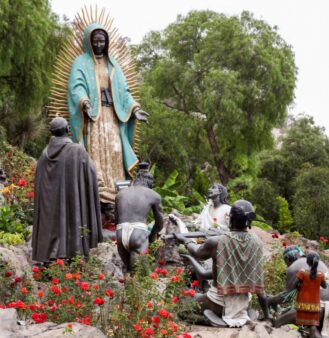 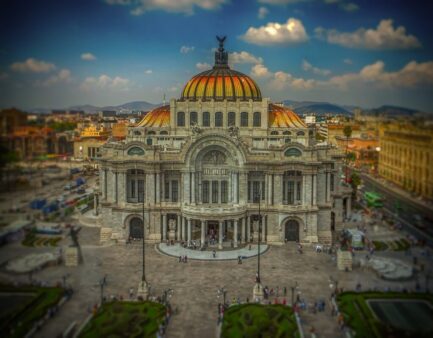 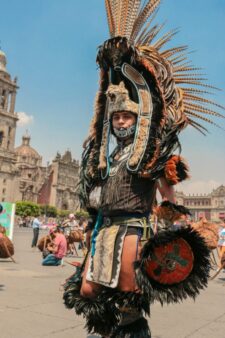 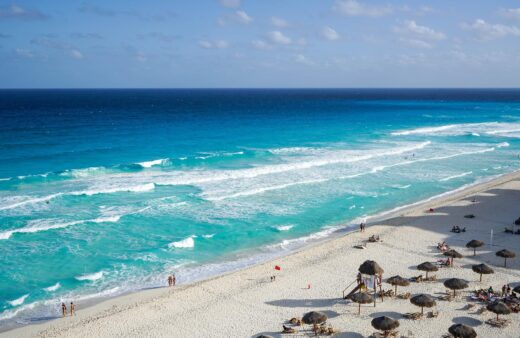 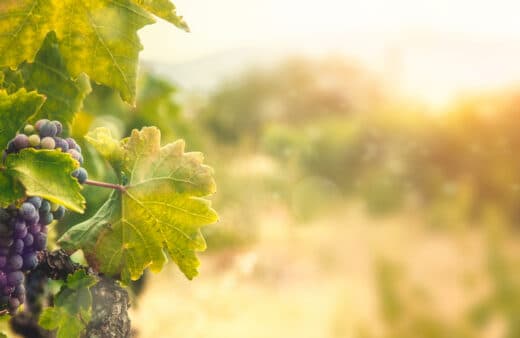 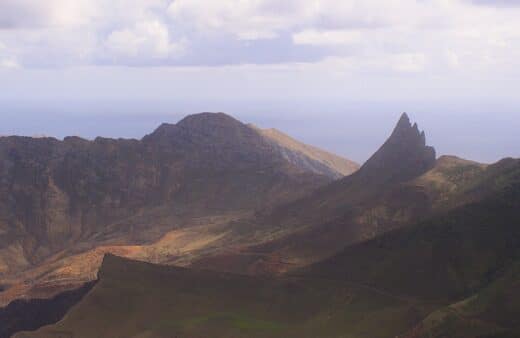 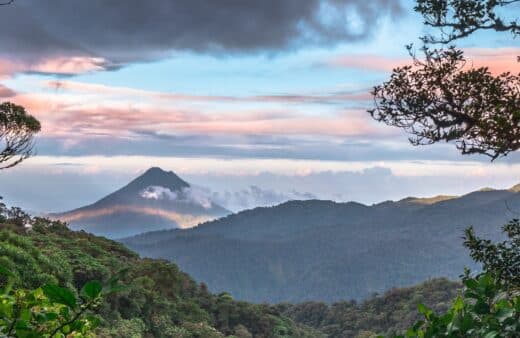